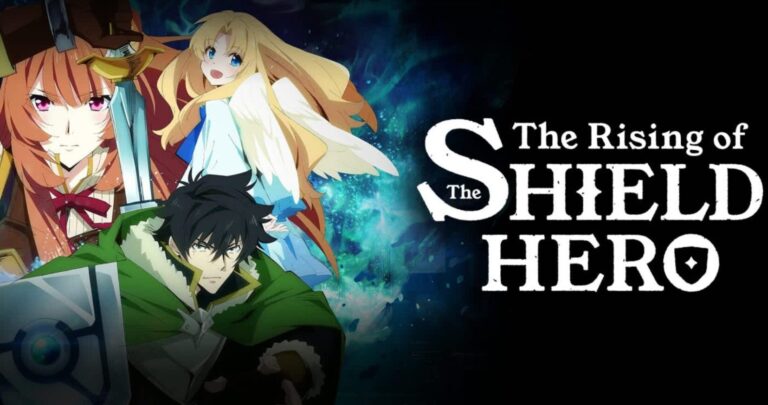 The rise of the shield hero is an anime series adapted from the Japanese light novel series. It is written by Kigo Koyanagi. The anime series is licensed by the Crunchyroll-Fimination Partnership in North America. The anime was launched on 9 January 2019, has 25 episodes.

At the 2020 Virtual Crunchyroll Expo, they announced that the second season would premiere in 2021.

The rising of the shield hero anime is my one of the best anime same as Dr. Stone.

The novel series was adapted into a manga series by Aiya Kyū and published by Media Factory. It was started in August 22, 2013. it has 22 volumes and manga was started in February 5, 2014. it has 16 volumes. Both manga and novel series were licensed by One Peace Books.

The Rising Of The Shield Hero Storyline

A young boy named Naofumi Iwatani along with three other young men from parallel universes was summoned to the other world to become the Cardinal Heroes of the world, and fight inter-dimensional hordes of demons called waves.

Each hero,was respectively equipped with his own mythological equipment. Nofumi happened to receive the Legendary Shield, the only defensive device, while the other heroes received a sword, a spear, and a bow, the weapons meant for attack.

The king hated the shield hero for his personal reasons. This is why the other heroes are fully supported by the kingdom and each strong ally receives but Naofumi’s fate becomes worse. He gets only one partner, she was a girl and also the princess of the kingdom but shield hero didn’t know that.

The princess betrays her, steals all of her belongings, and after she falsely accuses her of sexual abuse, leaves her devoid of all assistance and supplies.

He work alone and hard to make himself strong until he meet a slave treader and buy a slave who fight to her side. He also buys a dragon egg which turns into a legendary bird name Filo. Both quickly growing into adulthood and becoming powerful warriors under Shield hero’s care.

As they gain the trust and gratitude of the people through their heroic actions, they also find that their kingdom is not the only one that is threatened by the waves, there are others like this kingdom. At the end of this season the queen tells everyone that it is the king and his second daughter who torment the Shield Hero and both are punished by the queen.