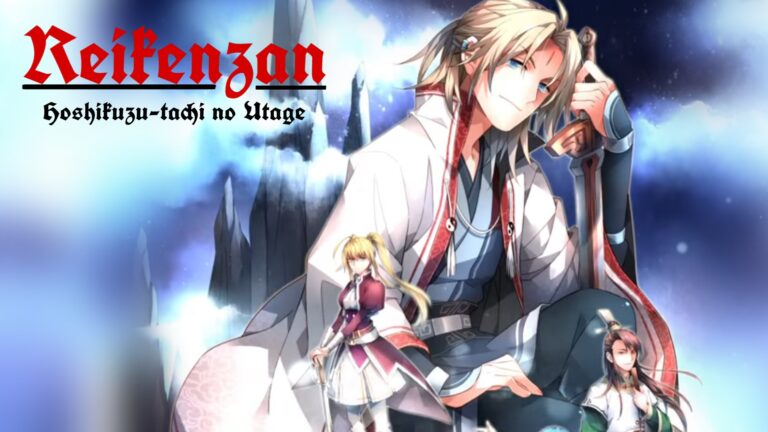 Congqian Youzuo Lingjianshan is a Chinese xianxia web novel series written by Guowang Bixia and a Manhua version hosted on the Tencent Comics portal since 2014. An anime adaptation was co-produced by Tencent and Studio Deen titled Reikenzan: Hoshikuzu-tachi no Utage aired in January to March 2016.

First season Reikenzan: Hoshikuzu-tachi no Utage was directed by Iku Suzuki. It has 12 episodes. Which was simulcast in Chinese and Japanese. The first season ran from 9 January 2016 to 25 March 2016.

Hermits, they are a kind of seeker. They are very powerful and fearless warriors. They said that they are the embodiment of the wisdom of the world. Those who want to become omnipotent are called Shushi. And they are divided into different styles and different strengths.

In order to find the child that would bring adversity by the falling comet, the “Lingjian” clan resumed their entrance examination process to find the disciples. Wang Lu, who has a special soul that only appears once in a thousand years, decides to take the exam and goes down in the direction of becoming an extraordinary sage.

Reiken Mountains, which is located in the middle of Soutenshu. Those who study there are part of Rikenha and Ouriku is also a part. Wang Lu can also feel the Reiki sky from the earth. And his Furikon Reikon is one of the best in the world.

Hence after two years he completed his apprenticeship and went on another journey of enlightenment with other disciples.