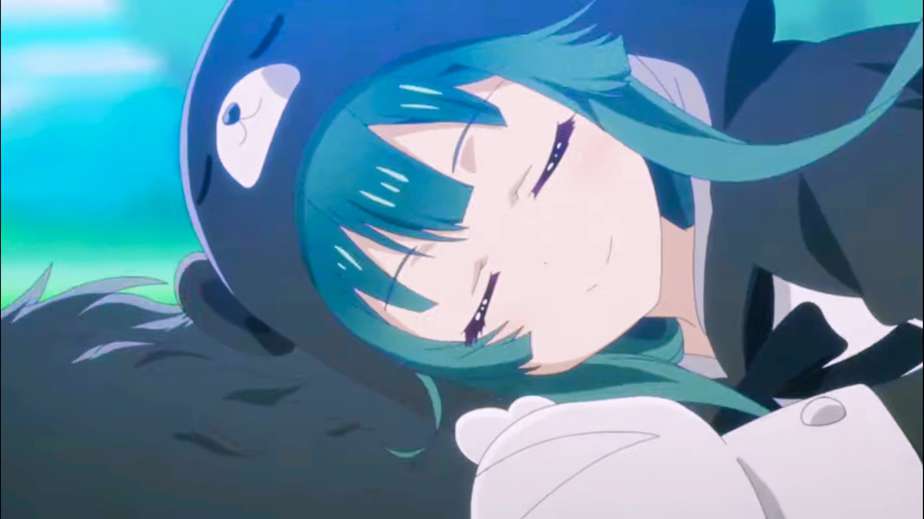 Kuma Kuma Kuma Bear is a Japanese light novel series written by Kumanano and illustrated by 029.

The series was first published online in October 2014 on the Shōsetsuka ni Narō website by Kumanano.

It was later acquired by Shufu to Seikatsu Sha, who published the first volume as a light novel under his PASH! Books prints in May 2015.

The series is licensed by Seven Seas Entertainment in North America.

The Kuma Kuma Kuma Bear series premiered on October 7, 2020 on AT-X and other networks. You can see the other broadcasting network’s below.

Fimation acquired the series and is streaming it on their website in North America and the British Isles and all the English titles are taken from Funimation. The series will air for 12 episodes.

Yuna is a fifteen-year-old girl who lives by herself. She’s crazy rich from playing the stock market.

Second, she’s a recluse obsessed with a VRMMO game, and she’s really good at that too. Her life is pretty much perfect.

Then a strange new update gives her a one-of-a-kind bear outfit that comes with overpowered abilities, and then she wakes up inside the game she loves and back at level one.

She has to start over, but this time, she has a powerful bear suit that’s guaranteed to take her places.

Shortly after arriving, Yuna rescues a young girl named Fina from a pack of monsters and Fina guides her around the town.

After entering the town, Yuna goes to the Adventures Guild to register as an Adventurer

After gaining notoriety from his battles in the Guild and killing several demons, Yuna was promoted to Rank E Adventurer.

Shortly thereafter, Yuna goes on a goblin subjugation with adventurer Rurina and defeats over 100 goblins and a goblin king and is soon promoted to rank D adventurer.

You can watch all the upcoming episodes of Kuma Kuma Kuma Bear on Funimation. It is also available on Crunchyroll.

You can also watch Kuma Kuma Kuma Bear free on official YouTube channel Muse Asia. They are streaming lots of new anime. These are the official streaming platforms for the anime

RELEASE DATE and How Many Episodes Will It Have

Maki Kawase as Yuna, an obsessed gamer who logs into a fantasy RPG as usual one day, but is suddenly transported into an alternate world

Azumi Waki as Fina, a girl Yuna encounters in the alternate world

Yuu Nobuta (High School Fleet, A Good Librarian Like a Good Shepherd) is directing the anime at EMT Squared. Takashi Aoshima (Himouto! Umaruchan, Yuruyuri – Happy Go Lily) is in charge of the series scripts, and Yuki Nakano (A Destructive God Sits Next to Me) is designing the characters.

AT-X from October 7th every Wednesday from 21:00

TOKYO MX from October 7th every Wednesday from 23:30

Sun TV from October 8th every Thursday from 25:00

KBS Kyoto from October 9th every Friday from 25:00