In this post I am going to tell you the name of best 12 anime where the main character is strong but pretends to be weak.

When I started watching anime the category which I like most is, mc transported to another world as a overpowered person but hides his powers to others, This type of anime category i like most.

There are some which I like most are fit in where the main character is op but hides it category.

That time I got reincarnated as a slime 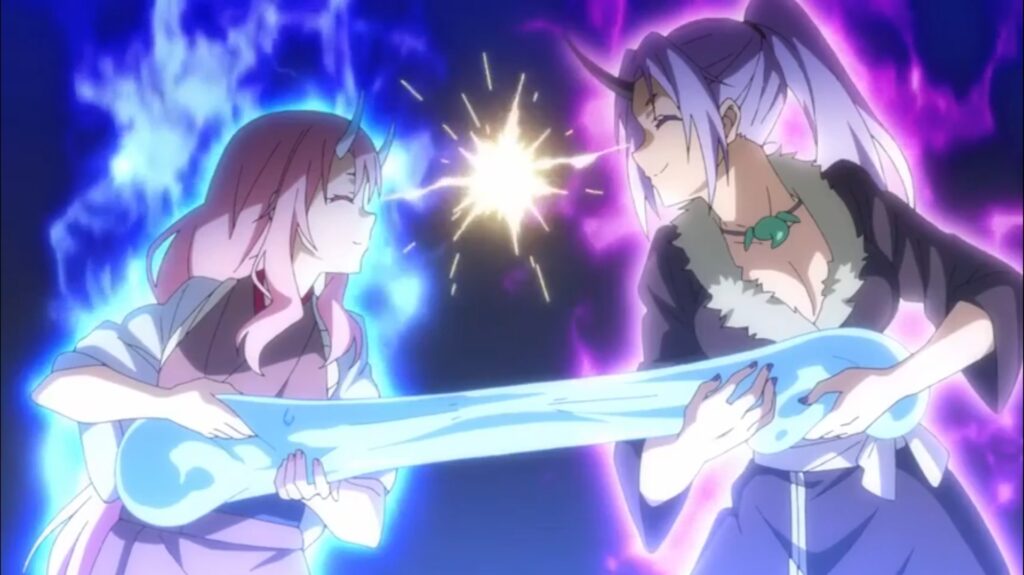 That Time I Got Reincarnation As A Slime is one of my best anime as I tell  you before in, Top 12 anime where mc is transported to another world. The concept of this anime is very unique and interesting. When I started watching this anime I think it’s okay but after a few minutes it became so interesting that I watched all the episodes of this anime one after the other.

let’s start the story of this anime, A man name Satoru Mikami killed by a thief and reincarnated as a Slime in another world. After Reincarnation he got new skills. Predator is the best skill he has, which allows him to eat anything and imitate appearance and skill.

That time I got reincarnated as a slime season 2

After rebirth, he finds himself in a cave, with his skills he found new knowledge and skills by eating random things, which was growing in the cave. After walking a few weeks in the cave and after eating too many monsters and other things, he found a dragon shielded in the cave.

The dragon and the Slime became friends and they gave each other names because monsters doesn’t have name. After that, Rimuru ( The Slime ) leave the cave and meet with goblins and other monsters as well as humans. He is living with Goblins and helps in creating a peaceful kingdom where monsters and humans can live together.

Quanzhi Fashi is one of the best anime I ever watch. this is the perfect example of MC transported to another world as a overpowered person but hides his powers.

In this anime, the main character name Mo Fan was sleeping on a hill, when he wakes up, he knows that, he was transported to a similar world. Where magic happens instead of science.

He wanna to become a magician but his family was poor so they can’t afford the magic school fee.

His father work very hard to give his son, he wants. To pay the depth of his father’s work, Mo Fan works hard to become the best magician.

Eventually he finds that he has more power than others. He pretends to be weak because he did not want anyone’s attention, that he is the most powerful magician. 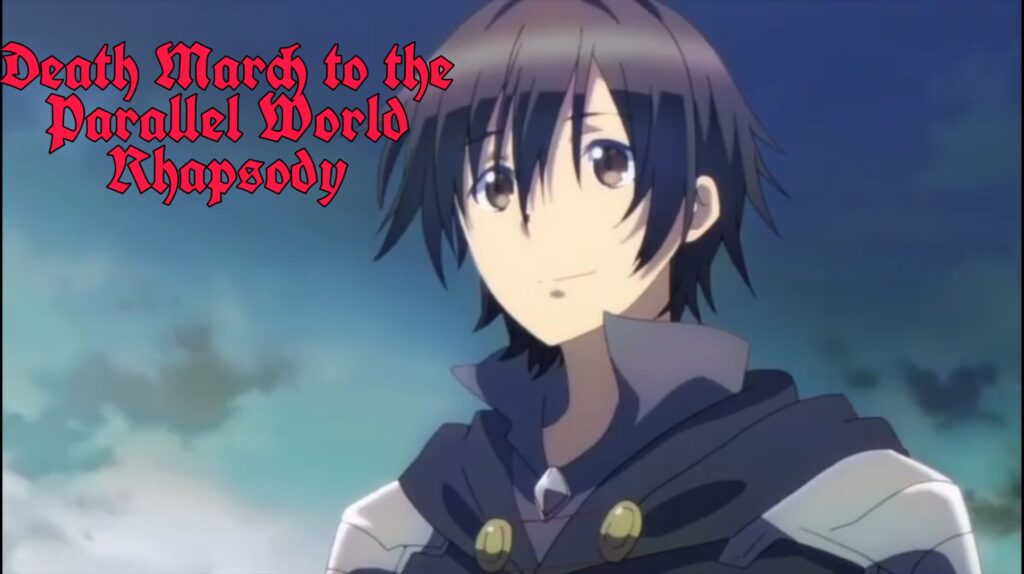 This is one of my favorite anime which I already told you before in Top 12 anime where mc is transported to another world post. I like this type of anime most.

In this anime mc name Ichirou Suzuki who was a game developer. He fell asleep after working so long. After woke up he found himself in a game which he was creating. As he try to understand everything he got attacked by the army of lizard man.

He killed the whole army of lizard man with his magical item which is given to every beginner. That raises his level to 130. He gains a lot of new skills and magical items, money by killing those monsters.

In the meantime he meets some new people and lives in a kingdom.  He did not want to reveal that he is very powerful, so he pretends to be weak.

Daily life of a immortal king 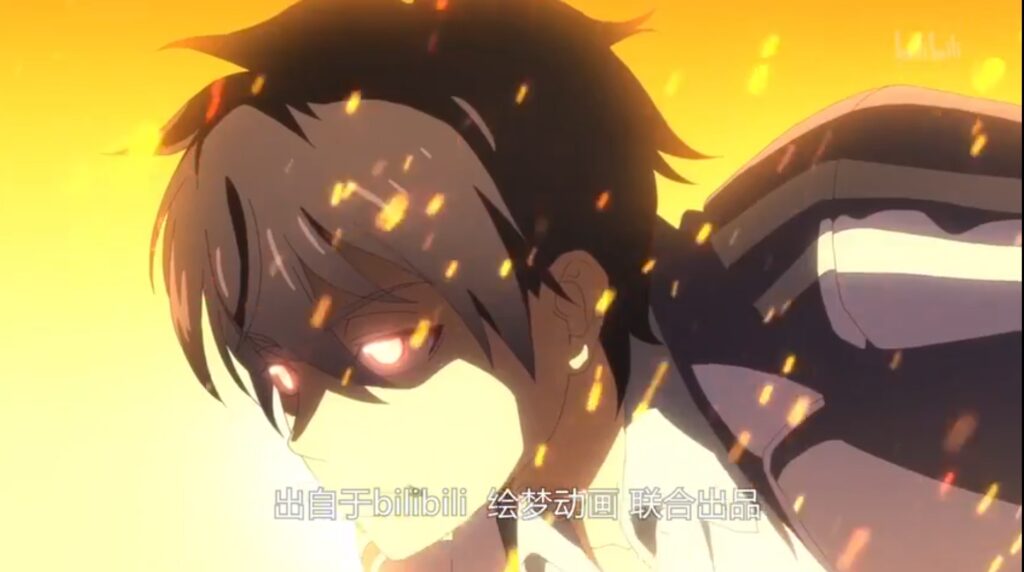 Immortal king is one of my favorite anime this is kind of similar to Demon King Daimao. in this anime

This is the time when science and magic powers exist. The boy name Wang born. He is Overpowered that’s why his parents care him very much. He can’t control his powers so he trained himself.

In his starting days he killed lots of monsters and demons. He knows that his powers are dangerous so he try to hide his powers and pretends to be the weakest one. His parents also help him to Until a girl name Su Rong got killed by a killer. 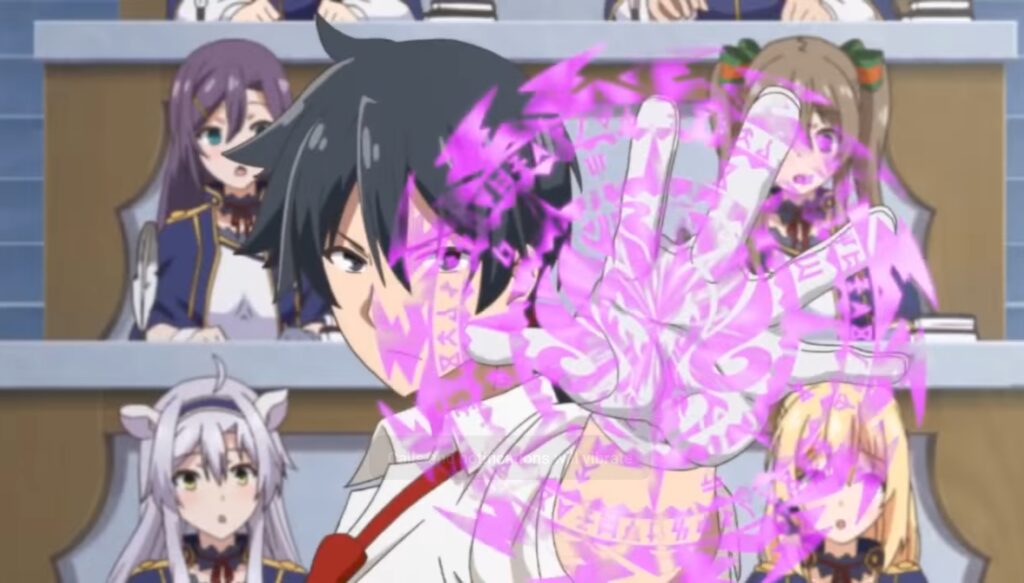 Akash Records is a good anime but it is not one of my favorites because the story is very slow moving.

The Alzano Imperial Magic Academy is one of the best magical school in the world. Here, ambitious students take training to become best magician.

Sistine Fibel, who is a noble girl and her best friend Rumia Tingel attend the Academy, determined to cultivate their magical skills.

But his previous teacher got injured, so a new teacher takes his place. But the students were very angry at the new teacher because he was too lazy and did not teach anything.

But the teacher they got is one of the best magic user, because of a incident he hide his power and not using them in front of anyone. 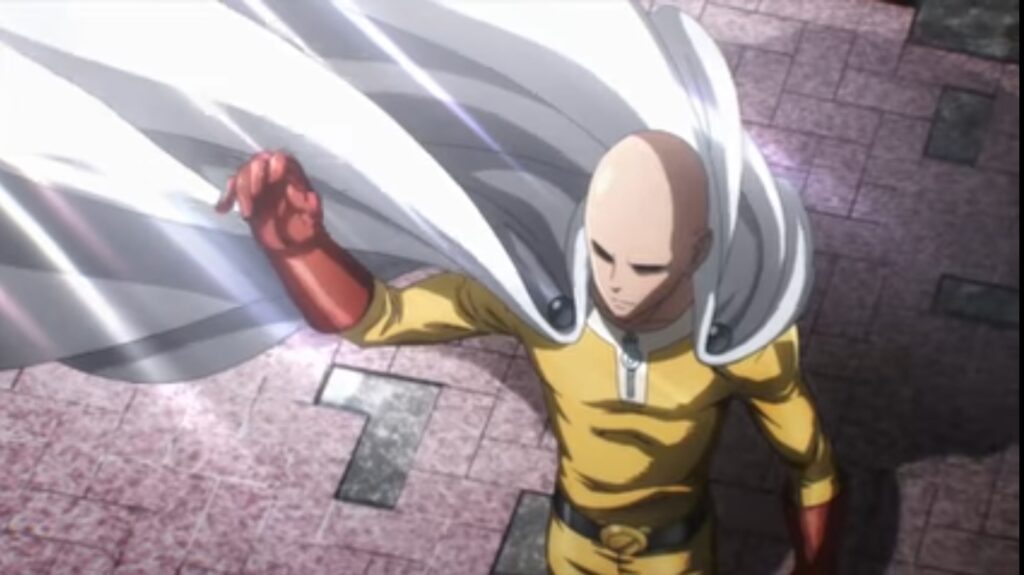 If you are a anime lover you definitely know one punch man. this anime is one of the best anime out there.

One punch man is a Japanese superhero franchise created by the artist ONE. It tells the story of Saitama, a superhero who can defeat any opponent with a single punch.

In this anime, there is a man named Sitaram, who is an unassociated hero. He lives in City Z and works as a hero for his own enjoyment. He has trained himself to be able to defeat any enemy with a single punch.

The anime has 2 seasons with a very awesome story and action.

The Devil Is a Part-Timer 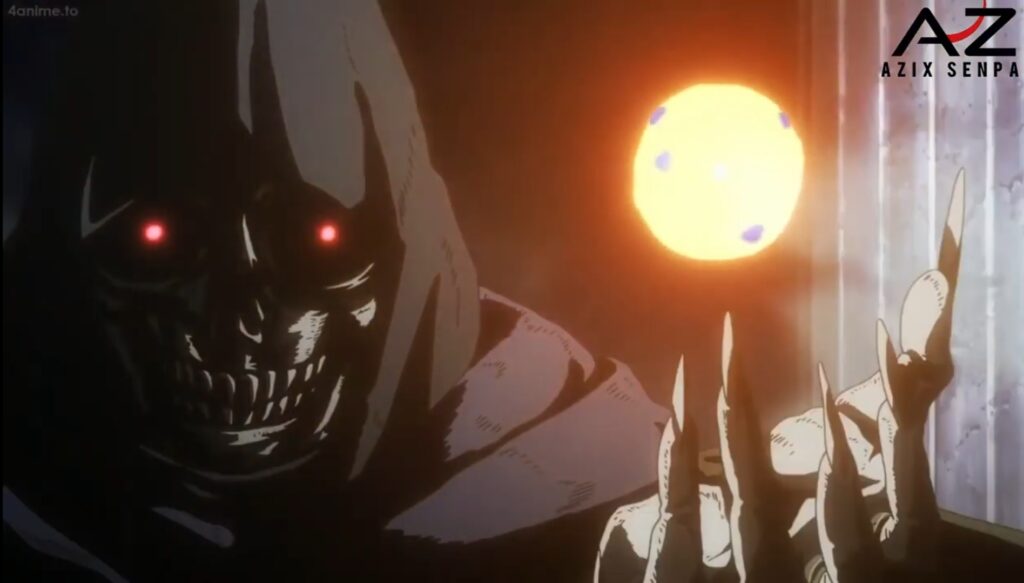 Here is a wonderful Eisekai anime where MC is such a Overpowered person “The Demon Lord Satan” who starts conquering the land of Ante Isla with his huge demon armies.

However, while embarking on this quest to handle the continent, her efforts cease for the protagonist Emilia.

Forcing the devil to retreat through a dimensional portal to descend into the human world.

The demon finds himself stranded in Tokyo and vows to return and fulfill his subjection to Ante Isla.

Satan takes the guise of a human named Saddo Maui and works at MgRonald’s.

He soon realizes that his goal of winning Ente Isla just isn’t enough.

Hataraku Mau-Sama!  The demon presents a hilarious view of the most mundane aspects of everyday life, through the eyes of the lord.

Didn’t I say to make my ability average 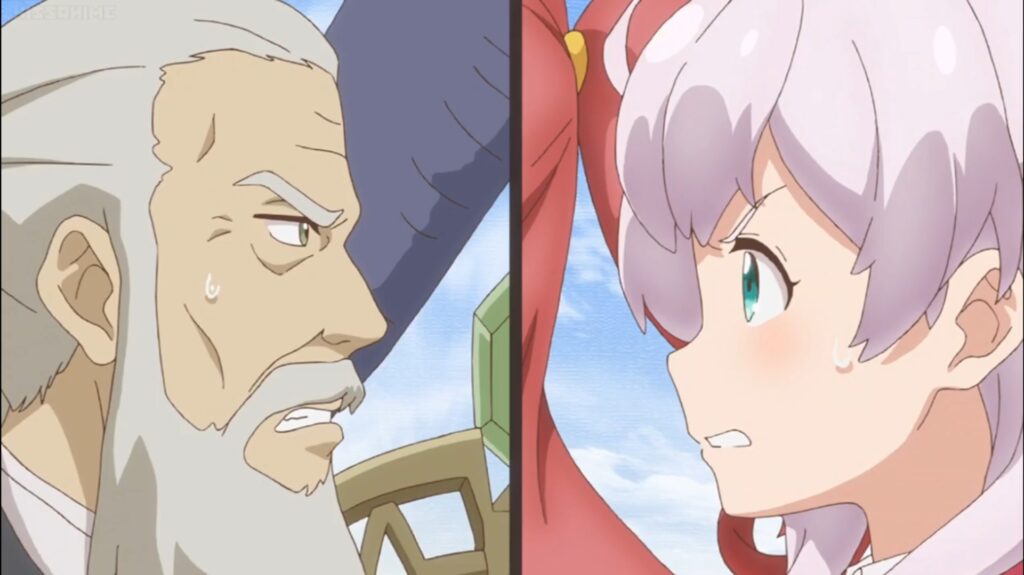 If you didn’t watch this anime until now you have to watch it. This is one of my best anime that I watched, it is also in my top anime list. This is the perfect example of anime where mc is op but try to hide it.

In this anime the mc is a outstanding and intelligent girl. That’s why every student in his school hates her to see his achievement. I already watched it and I liked it very much.

Same as every Isekai anime she died in a car accident. After that she meets with the god. God asked him which type of person you wanna be in your next life and she says that she wanna be an average.

After that she got Reincarnated in a magical world as an average girl to live a normal life. After sometime she knew that she is not an average. Her power is 68000 times of an average human being because God takes an average of the most powerful creature and low power creature on the planet. That’s why she is more powerful than the others.

By the Grace of the god 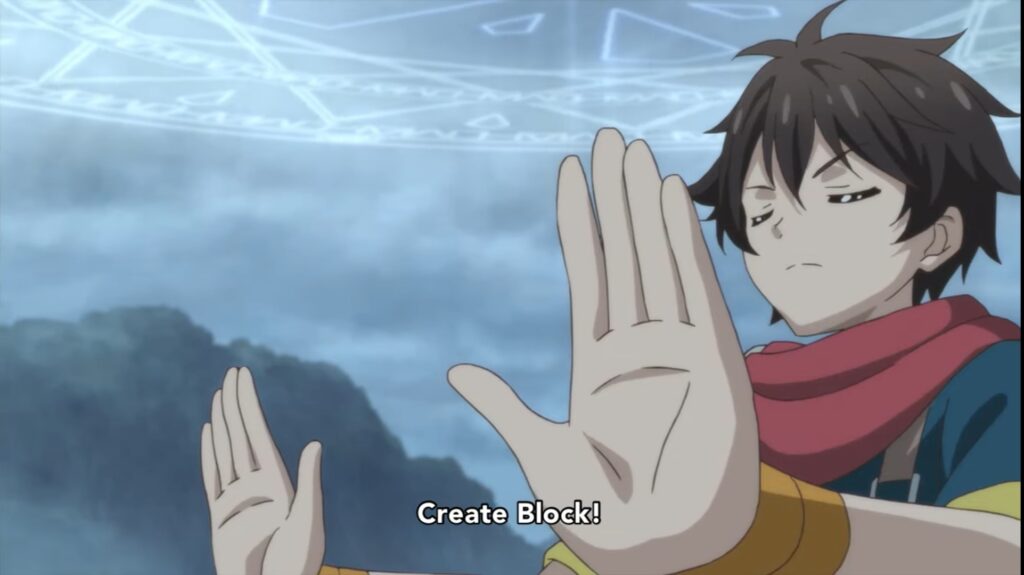 By the grace of the gods is a Japanese light novel series written by Roy. They recently release the anime series of this novel.

The first episode which released on October 4, 2020 became a huge success.

In this anime a man name Ryoma Takebayashi . He was very hardworking, humble and muscular, he died of sneezing. After he dies, God recarnete him as a 13 year boy in a magical world where he can enjoy his life. God also gave him powers and a guide book.

After that He finds himself in a forest. He was afraid of the city so he decided to live in the forest and learned magic and other things from the book that God had given him. Meanwhile he teamed a slime and becomes a slime researcher.

After three years he met some good people hunting in the forest.  They become his friends and take him to the city where he can live as he wants. 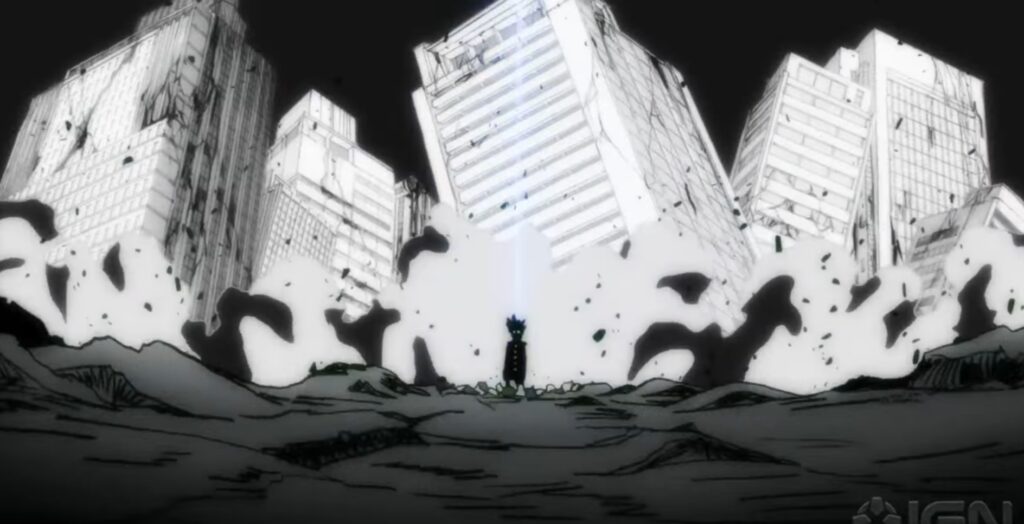 Here is our next anime Mob psycho 100. In a world where ghosts and psychics exist, there is a boy named Mob, who possesses extremely powerful psychic powers.

He soon realizes that the power he possesses is too dangerous for others, so he decides to hide his powers and live like a normal boy.

He works part-time as a ghost exorcist. In order to help learn how to control his abilities, Mob works as an assistant to con-man Reigen Arataka, a self-proclaimed psychic