this anime is different then other reincarnation anime, in this anime you can see the mc use science and create new daily use thing.

In this anime you can see, the MC is using science to create new things like raincoat, new type of food, he also create lots of new magic which is not exist in this magical world.

I love this world and character so far!  I don’t know that a lot of people are enjoying the show as much as I am doing, but knowing that there is so much world building there, I couldn’t be happier!

Ascendance of book warm is the best Isekai anime.  It is kind of same as By the grace of the gods because The MC girl in this anime is overpowered and she makes new things with the use of science to complete her dream.

Because the anime girl has so much power in her body, her body cannot handle that power and she becomes sick. She can only survive with magical items that are very expensive.

Because their family was poor, they could not afford such expensive items. To live and fulfill her dream, she sells lots of new ideas and goods also inventions and  becomes a merchant.

where i can watch ascendance of bookwarm anime and read manga

Also Read : Best 10 anime where the main character is op but hides it

Kuma Kuma Kuma Bare is one of the newly release anime. After watching the first episode of this anime, i became it’s huge fan.

In this anime mc girl is a gamer who play MMOVR game but after a new update he got a gift.

In that gift there is a bare armor which is op it’s like a cheat, after wearing that she suddenly teleported in the game.

After that she meet a little girl and become her friend. Girl took her to the kingdom where she join the adventure guild and also the merchant guild.

When she join the guild she is a low level adventurer but after defeating lots of powerful monsters she becomes a high rank adventurer.

Wise Man’s grandchild is a pretty good anime. Everyone like anime, where MC is transported in a magical world as an overpowered boy who lives a normal life.

In this a anime the protagonist was reincarnated as a child who picked by a wise man Marlin. He teach him everything about magic and fighting  which he know.

The boy was a fast learner, he learn everything and also create lots of new magic skills.

15 years later, shin is already to travel the globe on its own but Marlin forgot to teach him something major common sense.

Because he is very good in magic and other skills he become famous among the people’s.

Also Read : Top 12 anime where mc is transported to another world

That Time I Got Reincarnated as a Slime

This anime is everyone’s favorite because the concept and the story of this anime very unique and interesting.

in this anime a man dies and reincarnated as a slime in a magical world where monsters and humans lives together.

After reincarnation he got a skill Predetar which allows him to mimic other creatures abelites.

After reincarnation he fight with lots of monsters and gain lots of new skills.

He makes lots of friends and lives with goblins and becomes their leader.

After killing a huge army of orcs and orc king he became friends with humans and signed a trade contract.

Didn’t I Say to Make My Abilities Average in the Next Life?! is one of the best Isekai anime similar to by the grace of the gods. if you love watching Isekai anime you will love this anime.

In this anime there is a girl Misato Kurihara who is very intelligent and extraordinary. Nobody wants to befriend him because of his extraordinary abilities. She was very sad about it. One day he was killed while protecting a young girl.

She then meets God and asks him to make his abilities average in his next life and then she reincarnated in a fantasy world where magic and demons exist.

She soon realizes that her ability is not what she wants. God took the most powerful creature and the weakest creature abilities and averaged that and gave that ability to her. Which is 6800 times stronger then the average human, and makes him the most powerful person in this world.

She goes to Hunter Prep School where people become hunters and learn magic control and fighting. Where she makes new friends and enjoys her life. She did not show her abilities to him because she did not want to lose her new friends in this world, so she pretends to be an average girl. 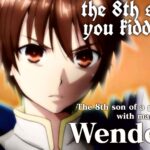 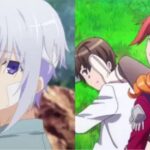 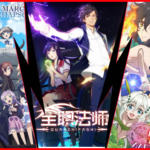